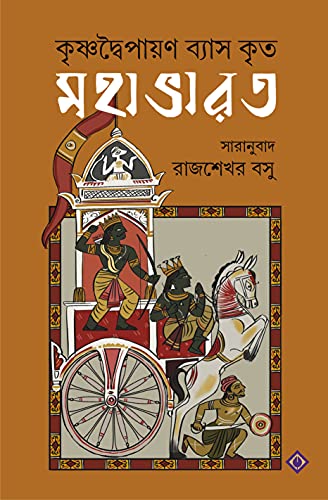 Mahabharat is the famous epic of Mahabharta contains many parts such as Mahabharata, Harivansh Puran, Bhagavad Gita and Mahaprasthan. It is a great classic book in India & all over the world. This book contains about 8000 verse among

Rajshekhar Basu’s transcreation of Mahabharata by Krishna Dwaipayana, commonly known as sage Vyas Dev, is a classic in itself. Rajshekhar Basu has recreated the mythology in lucid Bengali while staying true to the facts and essence of the original saga. His main aim was to present the great Indian epic as easily comprehensible by all readers yet retaining the charm of Ved Vyasa’s wisdom. ‘Krishna Dwaipayan Vyas Krito Mahabharat’ is a keeper’s delight and a reader’s dream as we are left enchanted by the author’s rendition of the larger-than-life epic!

Mahabharat is the book of knowledge & Mahaprasthan contain much information about Hinduism.